Paintball. Nothing Lite About that, or is there? 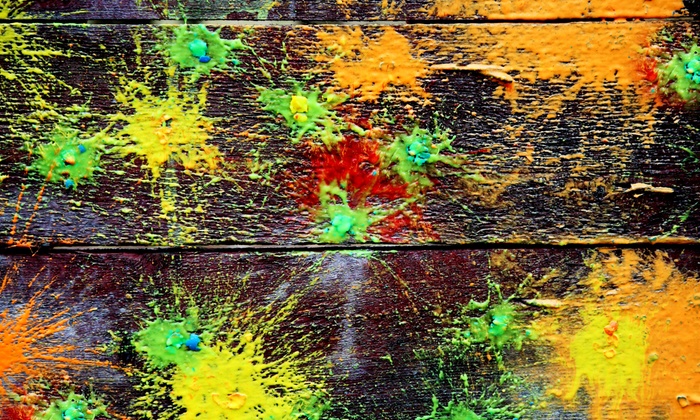 There’s nothing lite about paintball, or is there?

The word “lite” doesn’t exactly always have the best track record. Tag it at the end of a product name, and you’re guaranteed a cheaper, “healthier,” or weaker version of something that was probably perfect to begin with. But there’s an exception that we recently came across… Introducing paintball lite, lite-ning the blows while keeping all the fun. 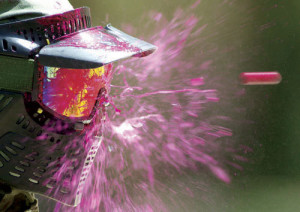 “Groan…” “Look, it broke the skin!” “I can’t move”
Common complaints you hear after a hard day of shooting lumps of paint at each other. I have a scar on my leg that will stay with me for the rest of my life from a well placed shot, even though I was wearing heavy jeans at the time. Injury risks are the main reason why, according to the Ministry of Paintball, most paintball sites enforce a strict 12 year age minimum for participants. However, the extreme sport ranking high in popularity over the last several years, has just released a new product, opening the game to a wider age range of kids. Giants Sportz has now developed a new type of paintball that’s over 25 percent lite-r, lowering both the cost and the weight of the equipment necessary as well as the impact, allowing children as young as seven to be able to join the fun! And, you can experience it right here in Los Angeles at Hollywood Sports, a paintball site owned by the company. 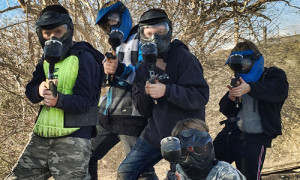 (Pictured: the future of modern warfare)

The goal of this innovation isn’t meant to replace the original however. According to the description on their official site, “they (the kids who play) will be able to use the .50 caliber format to expand their skills before eventually making the transition to .68 caliber,” so it’s safe to say that they will eventually experience the hardships that their forbearers had to endure before this wondrous invention. 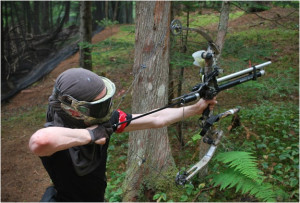 (Pictured: what our ancestors had to deal with before the invention of the paintball gun)

Prices start at only $15 per person. Find out more at HollywoodSports.com